NEWS: Domino’s may reduce the size of pizzas 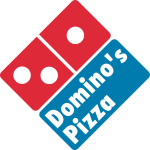 Domino’s may soon be shrinking pizza sizes, according to reports in the Australian Financial Review.

According to the article, the company is planning to do trials on the smaller pizzas in order to provide cost relief for franchisees of the business.

Updated August 2017: Domino’s have launched their new menu, starting 7 August – with Chef’s Best pizzas to be removed at the same time to be replaced by Premium pizzas (which are the same size as Traditional and Value pizzas).

According to Domino’s, pizzas are the same size at most stores, with some stores conducting a trial of smaller pizzas (at a lower price), according to a Facebook post by CEO Don Meij.

For those looking for a Domino’s deal, we’ve got the latest vouchers and coupons, including 30%, 40% and 50% off, $7.95 pizzas, sides and more on our Domino’s Voucher and Coupon page.

And click on one of these links for more of the latest news and offers from Domino’s:

Let us know what you think about the latest Domino’s changes, and other Domino’s news in the comments.

Click here for more Domino’s news and deals. For more food news, deals and reviews in general, visit our home page or like us on Facebook!

Have any thoughts about this post? Let us know in the comments.